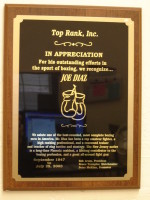 Tom Gaffney said he introduced me to professional boxing. That is a lie. My first association with Tom Gaffney was as a professional boxing manager. He was promoting a boxing match at Gramm Central Station. He and I agreed to have 5 of my fighters on the card and a dollar amount that the fighters would receive was set. Before the last fight he snuck out with the money. My 5 fighters did not get the money they were promised by him. Their opponents were all paid in full. The next day I filed charges against him with the Boxing Commission Of Arizona and the Attorney Generals Office. He was found guilty. He had to pay them in full, which he did, and his boxing promoter's license for Arizona was suspended. It is public record.

The next association with Tom Gaffney was when I took over and signed a new lease on the boxing gym building which Tom Gaffney had leased. The gym was failing and when the lease was up I signed a new one with the property owner Mike Pollock. The gym under my ownership was a success. It was so successful that in May 1997 Arizona's Consumer Advantage wrote an article in which they stated "Joe Diaz's Top Level Boxing Gym at 13075 North Cave Creek Rd. draws members of all ages. Since 1964 Joe Diaz trained over 8,000 fighters, both professional and amateur, in his gyms." Top Rank boxing even took notice of Joe's gym. In 2003, Bob Arum, President of Top Rank, Bruce Trampler, matchmaker, and Peter McKinn III, promoter, presented the gym with a plaque. The brass & wood plaque read "In Appreciation for his Outstanding Efforts in the Sport of Boxing we recognize Joe Diaz." 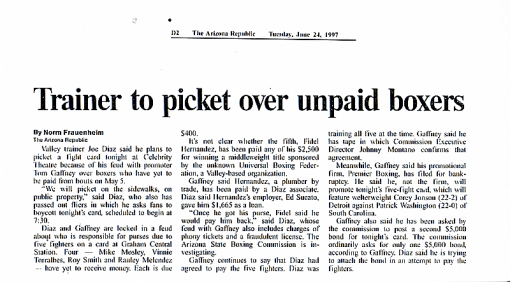 Joe Diaz and Unions bring to public notice Gaffney's fraudulent practices by picketing. Owner of Celebrity Theater asked Joe Diaz to take pickets away and the owner would make sure Joe Diaz's fighters would get paid. 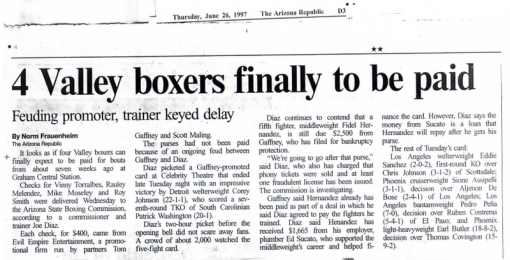 The owner of the Celebrity Theater makes good on his promise, against the wishes of Tom Gaffney and Scott Mailing. Scott Mailing later got involved with Peter McKinn, went from bad to worse. 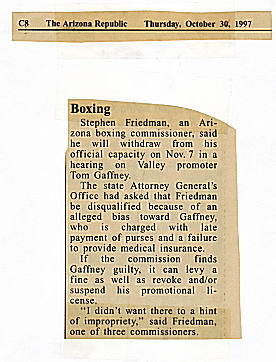 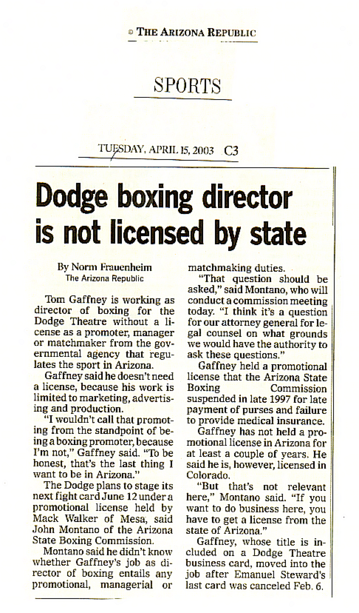 Tom Gaffney is not licensed by State of Arizona Boxing Commission