Corruption Breeds Corruption.  I have purposely inserted this before Mary rose Garrido Wilcox and John Montano since they were most likely the "hands on" accomplices to the following.

In the previous section you learned about how elected and appointed officials pocketed large sums of money and avoided paying taxes on those sums using Mexican fighters.

These Pipsqueak Gangsters saw they had a gravy train.  Now they wanted more, so they began bringing illegal felons across the border to train & fight in the U.S.  They would give the felons new identities, sometimes stealing U.S. Citizens SSI numbers, and issuing Arizona State Boxing Licenses to them.  This was done with the full knowledge of the people listed under Pipsqueak Gangsters.  They found loop holes in the legal statutes, listed below in the Arizona Ombudsman's letter.  This goes against the Federal ICE Regulations dealing with illegal felons identities.

By having more fighters from Mexico competing in boxing matches they could keep the money flowing into their pockets.  So now you have these Pipsqueak Gangsters not only breaking the Tax Laws and committing fraud they are now participating in illegal smuggling and traitors acts against the citizens of the United States of America.

Besides what is happening in southwest you have a major investigation into Top Rank Boxing (see Bob Arum) by the FBI.  Again Corruption breeds Corruption.﻿﻿ 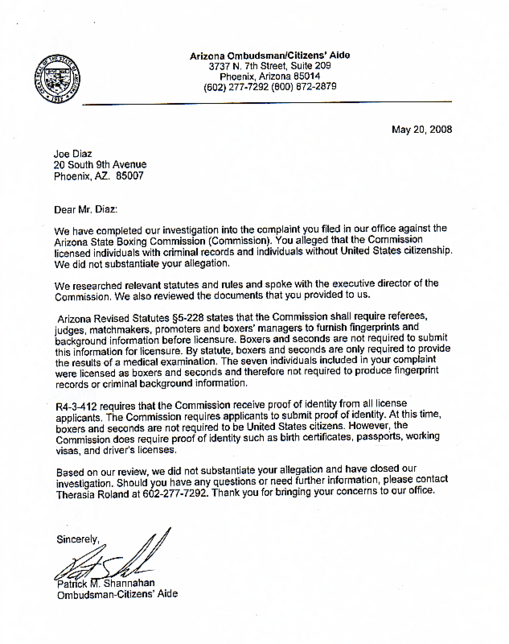 GILBERTO LUQUE- is the first Illegal Felon which we will list here.  He was issued an Arizona Boxing License, even though he was a felon, in Montano's office.  Besides that, strings were pulled by some County Supervisor to get him a job at Arizona State University as a chef. He had 2 Social Security Numbers (stolen) issued to him.  This was all done while Mary rose Garrido Wilcox was Head of the Arizona Boxing Commission appointed by Gov Janet Napolitano.

The questions come up "Who approved his license?,  Who helped get him the job?, How many more have entered the U.S. and been legitimized with an Arizona Boxing License?"

Following you will find his RAP sheet, copies of his Arizona Boxing License and photos.  If you want more information go to www.azcorrections.gov and insert his name or inmate #147944. 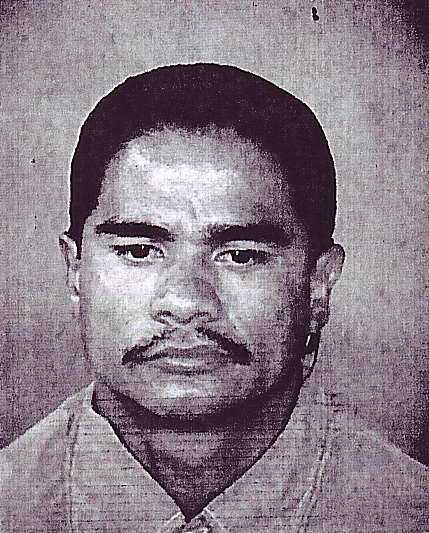 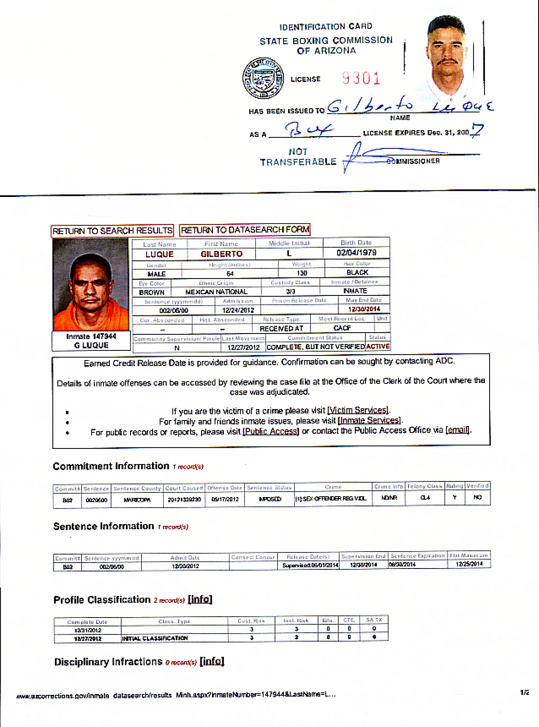 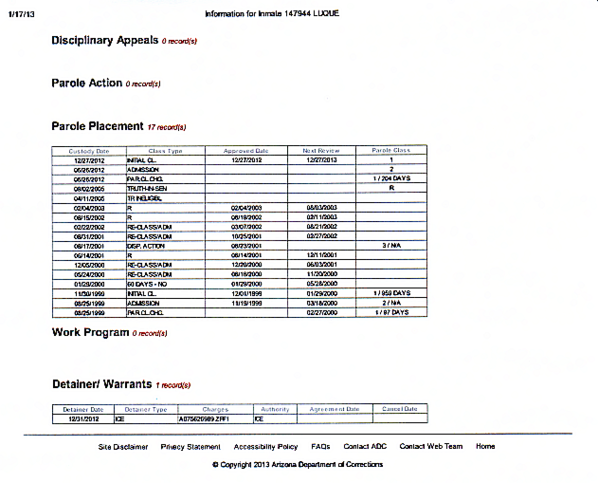 Rudy Mata was issued an Arizona Boxing License even though he is a convicted rapist. 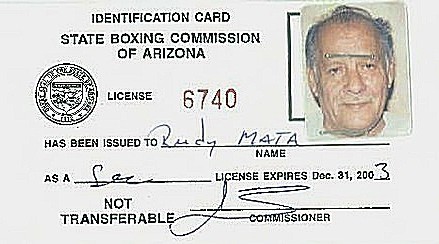 In 2002 Rudy Mata, aka Tio Mata, was training 2 fighters in my gym.  In September of 2002, I got a call from John Montano, Director of the Arizona Boxing Commission to come up for a meeting in his office.  He informed me that Rudy Mata was a convicted rapist and John Montano explained that Mata had raped a 5 year old girl.  I was appalled.  We agreed that he shouldn’t be training in my gym and be around so many young kids.

Hey, John Montano, why did you continue to issue an Arizona Boxing Identification Card to Rudy Mata?  Did he pay you off so he could be around kids at the gyms?  Was the meeting with me all a ruse to get me to close down my gym?  Is this a similar situation to the crime you were convicted of in Puerto Rico?

Did you, Mary rose Garrido Wilcox, the Arizona Boxing Commissioner, allow a pedophile to roam the streets of Phoenix and work with young kids without registering with the proper  authorities or without notifying the parents of these kids that he worked with?   You were then and are the County Supervisor of District 5.  If John Montano knew about this man’s crimes then you must have also.

You took an Oath of Office yet you spent time trying to influence judges, defending Peter Mckinn and smearing my, Joe Diaz’s, name.  You should have been spending time protecting the kids and their families from this pedophile.

You are corrupt to the core and rotting from the inside out.  You really have your priorities screwed up.  How much money did Tio Rudy Mata pay you and John Montano so he could be legitimized with an Arizona Boxing Identification Card?  Did he contribute to your campaign fund or get illegal’s to vote for you?   What favor did he promise you to look the other way while he spent time with vulnerable kids?﻿