In this section you will find some people who have sworn oaths to the Constitution of the United States, The State of Arizona and the citizens.  They have used their political office to gain power and wealth.  They have performed traitorous acts and supported illegal activity against the citizens of the United States and Arizona.  Others have united with them and been their supporting cast to cheat honest people out of their hard earned wages.  All of them have used their influence with malice against the great sport of boxing.

All the following is of public record- read and you judge.

This is the Oath Of Office Mary Rose Wilcox and all elected officials take when sworn into office. With all of the corruption she has been involved in she should have been voted out. 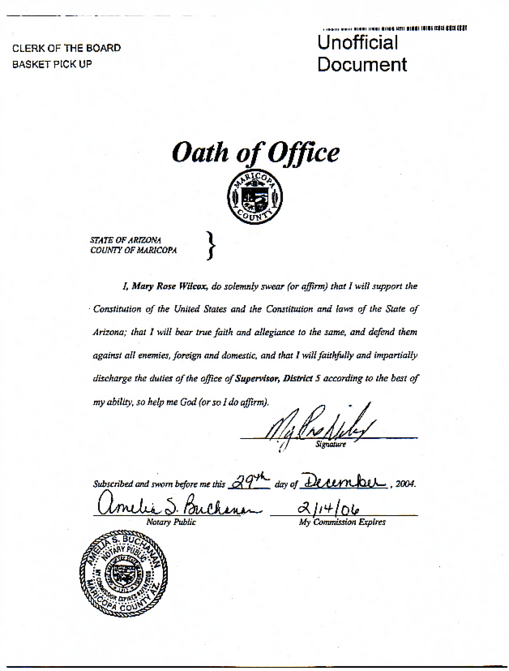 All of the rest of her previous "sworn oaths of office" are shown in her section.

The Accusation Joe Diaz brings against Mary Rose Wilcox and all elected officials who break their Oath of Office. 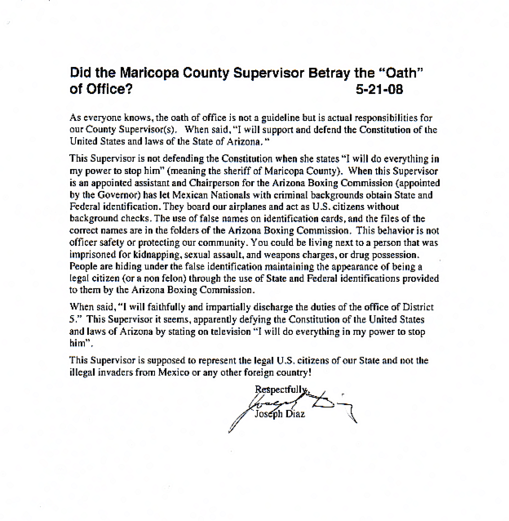