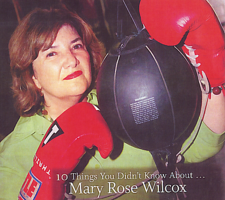 10 THING YOU NEED TO KNOW ABOUT MARY ROSE WILCOX.

1- She was Arizona Boxing Commissioner.

2- She is defendant in a criminal investigation.

3- As supervisor and boxing commissioner she conspired to ROB MEXICAN BOXERS of their promised payments from boxing matches.  What was her motive?

4- She used her supervior position to try and influence a judge to drop charges against an accomplice.

6- As supervisor and boxing commissioner she tried to destroy the career of the great boxer Luis Ramon "Yory Boy" Campas.

8- As Maricopa County Supervisor and Arizona Boxing Commissioner she knowingly allowed corruption and racketeering profiting from both.

9- She used her supervisor influence to buy a piece of property at less than half it's value from APS (See "Sweetheart Deal" below).

10- She sued the Maricopa County taxpayers for millions due to "emotional stress" on the job and settled for $975,000.  She has not been paid yet.

To the people of Maricopa County District 5,  I ask, why did you return this person to office?  There is not a more corrupt person in Arizona politics than Mary Rose Wilcox.  Would any of you voters get away with what she has gotten away with? NO!  Why then if you voters of district 5 would not allow this corruption in your homes do you allow it in your supervisor?

There comes a time when the voters of a district begin to show the corruption in their own lives and are accomplices to the corruption of people they re-elect to office over and over again.

"Neither the wisest constitution nor the wisest laws will secure the liberty and happiness of a people whose manners are universally corrupt", Samuel Adams, Founding Father, Drafter & Signer of the Declaration of Independence and Drafter and Signer of the Constitution of the United States of America. 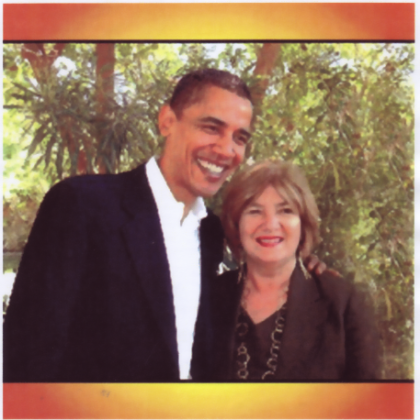 Mary Rose Wilcox and then Gov. Napalitano promised Obama the Mexican vote and they delivered.

The following are some of Mary Rose Wilcox's sworn oaths of office. What should happen to her for breaking her oath? 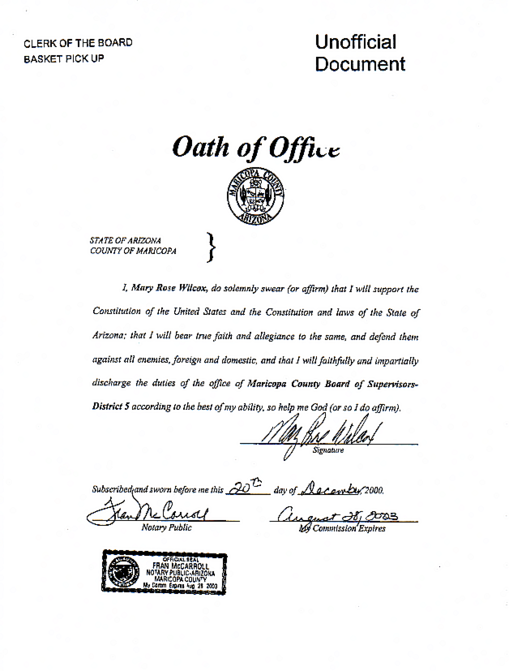 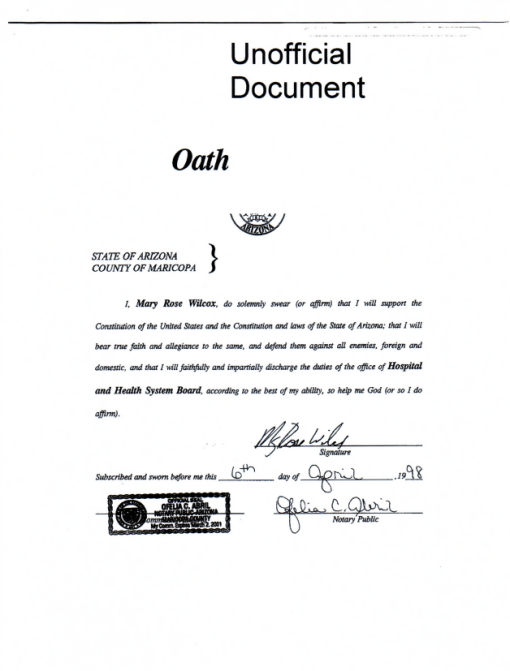 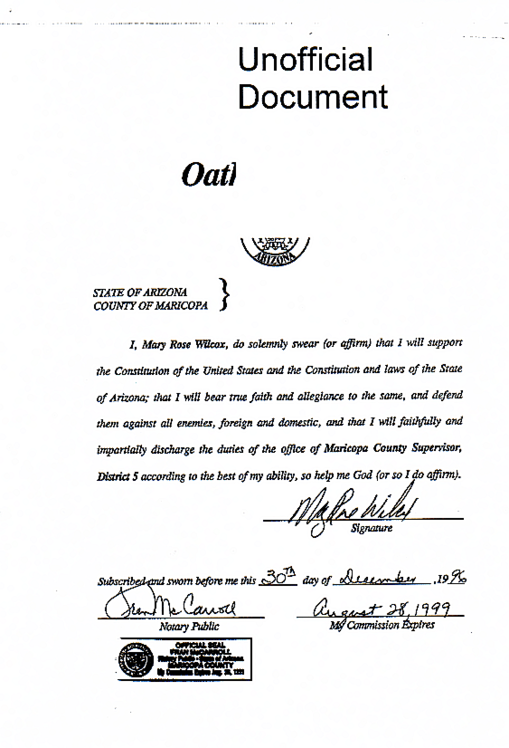 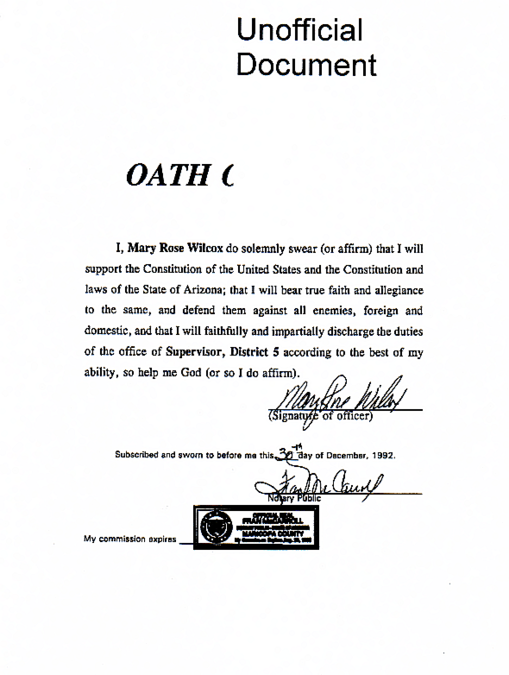 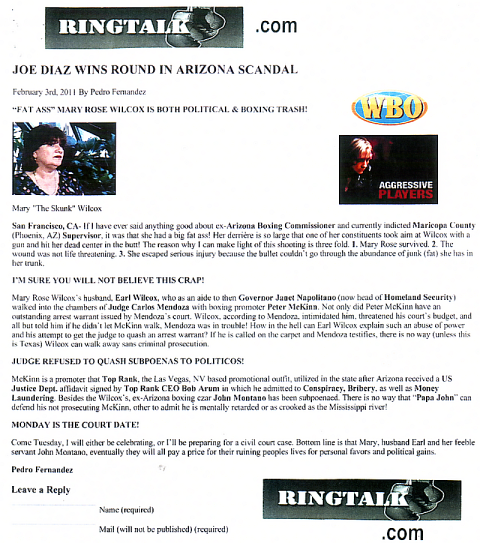 In the following 3 documents please click on the box with the arrow in it to enlarge the document to a full size readable page.

Mary Rose Wilcox tries to use her Maricopa County Supervisor influence to sway the county attorney's office to stop prosecution of McKinn. 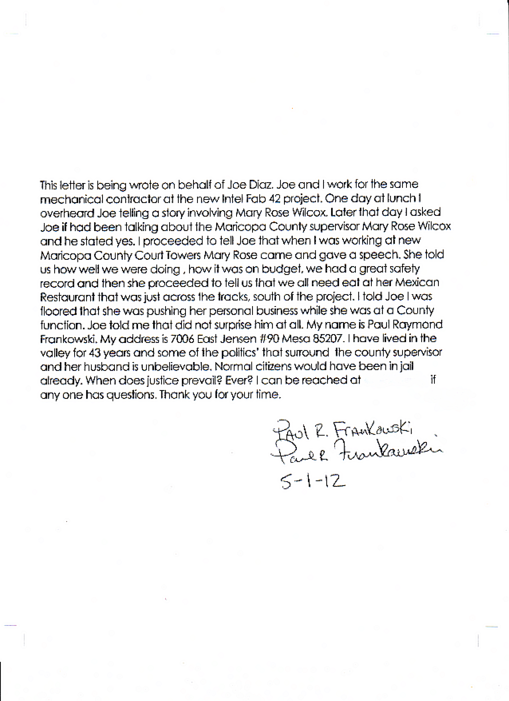 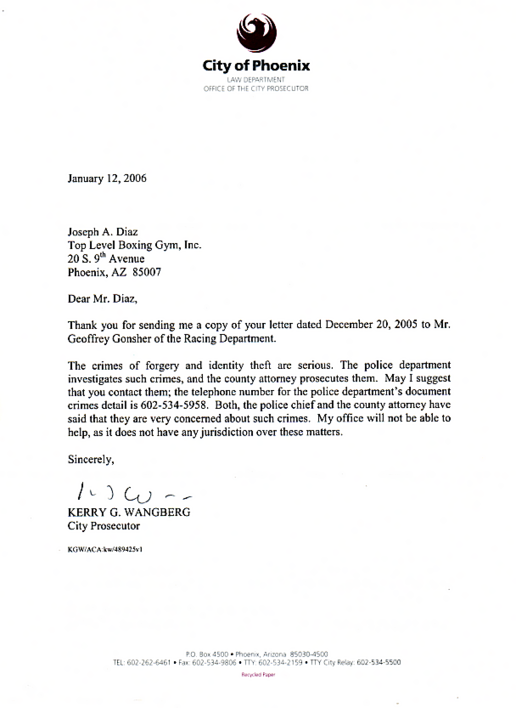 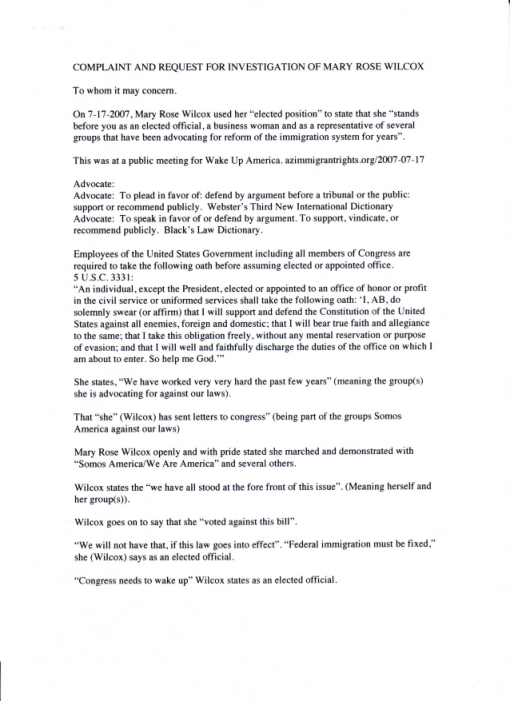 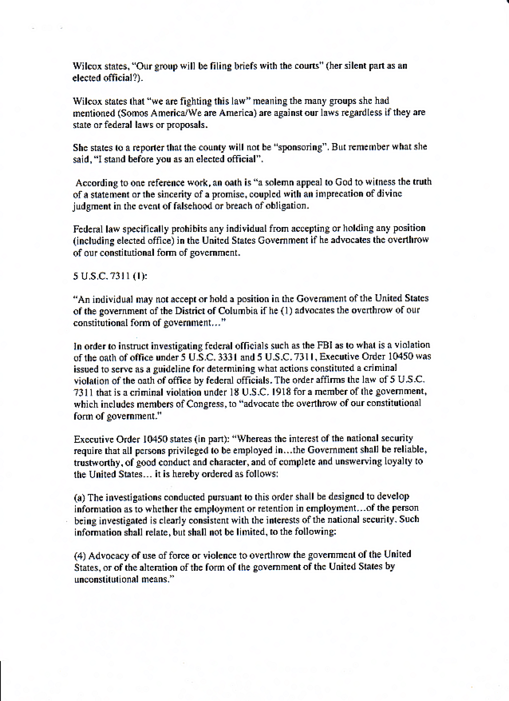 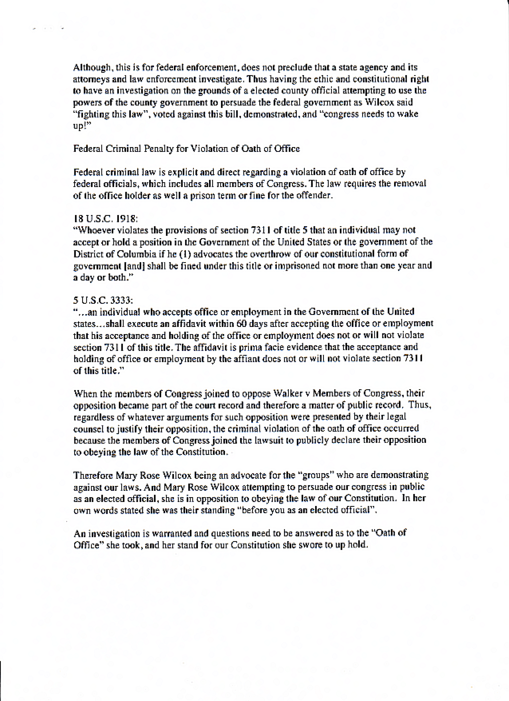 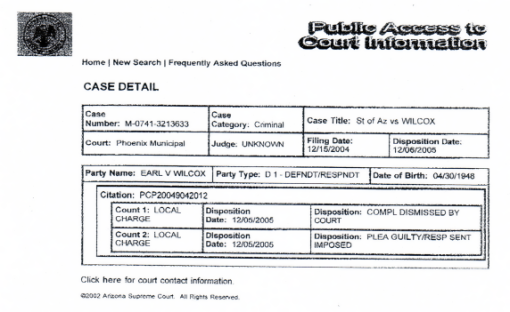 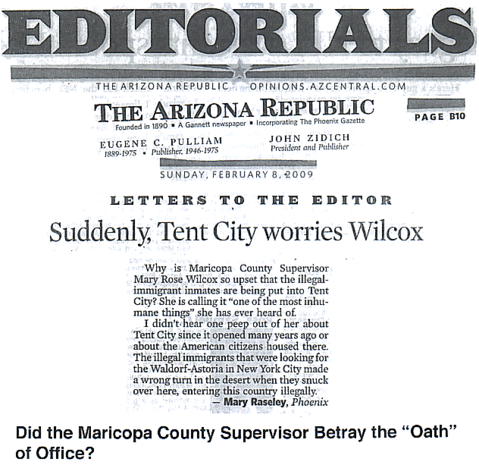