Legal Counsel is some times necessary.  In my life I have dealt with many lawyers and law firms.  I have found that most are honorable and truthful and seek to uphold the laws the work within.  I have learned a great deal from the list of lawyers I have below.  Some have become friends and one I trained to box.  These lawyers have represented me and have inspired me to learn The Law.

Peter Paul Artaserse- Was a lawyer, Superior Court Judge and assemblyman. Passed away at the age of 98.

Raymond Brown- The Perry Mason of African American Criminal Lawyers and President of the NAACP in Jersey City, New Jersey.

Andrew O. Wittreich- He is a chapter in my life the I will write on later.

James Crawford - who was taught by Andrew O. Witterich and later became my sixth lawyer is now a Judge in Alpine, New Jersey.

Alexander Tomei- He and I spent hours going over the U.S. constitution, Bill of Rights and President Thomas Jefferson's writings.  He was also an inventor.  His inventions kept many people in the lighting industry working.

John P. Palmisano- One of my business lawyers.  He and I spent hours eating his great cooking and discussing "Mother Nature".

Edmund Richardson of Robbins & Green. He had attended the best universities in Spain and spoke fluent Spanish, almost as well as I do. He took on Gaffney, Top Rank, Bruce Trampler and Bob Arum on behalf of Campas and myself.

Bruce May of Streich Lang.  I taught him to box and he became a great friend.  He was President of the Paradise Valley Homeowners Association, he also wrote a 30 page book on the laws that should govern boxing.

Claudio E. Iannitelli of Cheifetz, Iannitelli and Marcolini first represented Campas and myself against Peter McKinn and the Arizona Boxing Commission including John Montano and mary Rose Wilcox.

John J. Smalanskas- ﻿﻿of Cheifetz, Iannitelli and Marcolini assisted in the my case against Mckinn and the corrupt Arizona Boxing Commission.

Thomas C. Wilmer -who comes from a long line of lawyers.  His ancestors were lawyers in Arizona before it became a state.  He never lost patience with me over all the questions I would ask him.  For personal injuries he is the best.

Edward P. Moriarity-the most honest, sincere, humble, loyal person and lawyer I have ever met.  He is still my lawyer since 2006.  He understands how they have corrupted the legal system with political power and fraudlent documents.  Years ago he and his partner Gerry Spence, who is now 87, were a terrific team.  Moriority, Badaruddin, Booke are now my lawyers and are representing my case before the U.S. Ninth Circuit Court of Appeals.

Mr. David Wagner of Crowley & Fleck - "The most honest man I have met in the last 65 years." 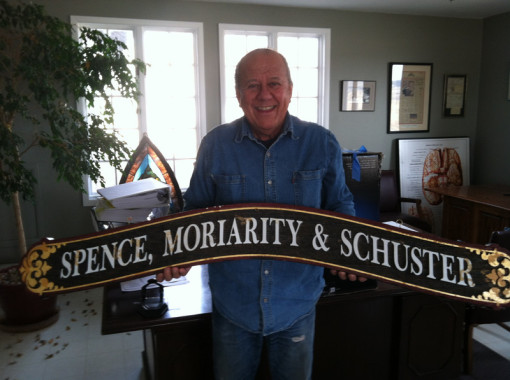